The Wonder of Santa

CHRISTMAS IN CHARLOTTE IS HERE! SANTA IS COMING TO TOWN!

Reserve your Christmas in Charlotte Wonder of Santa experience. One of Santa’s little helpers will be reaching out by phone to plan your unique session within 24hrs. Limited Spots Available. 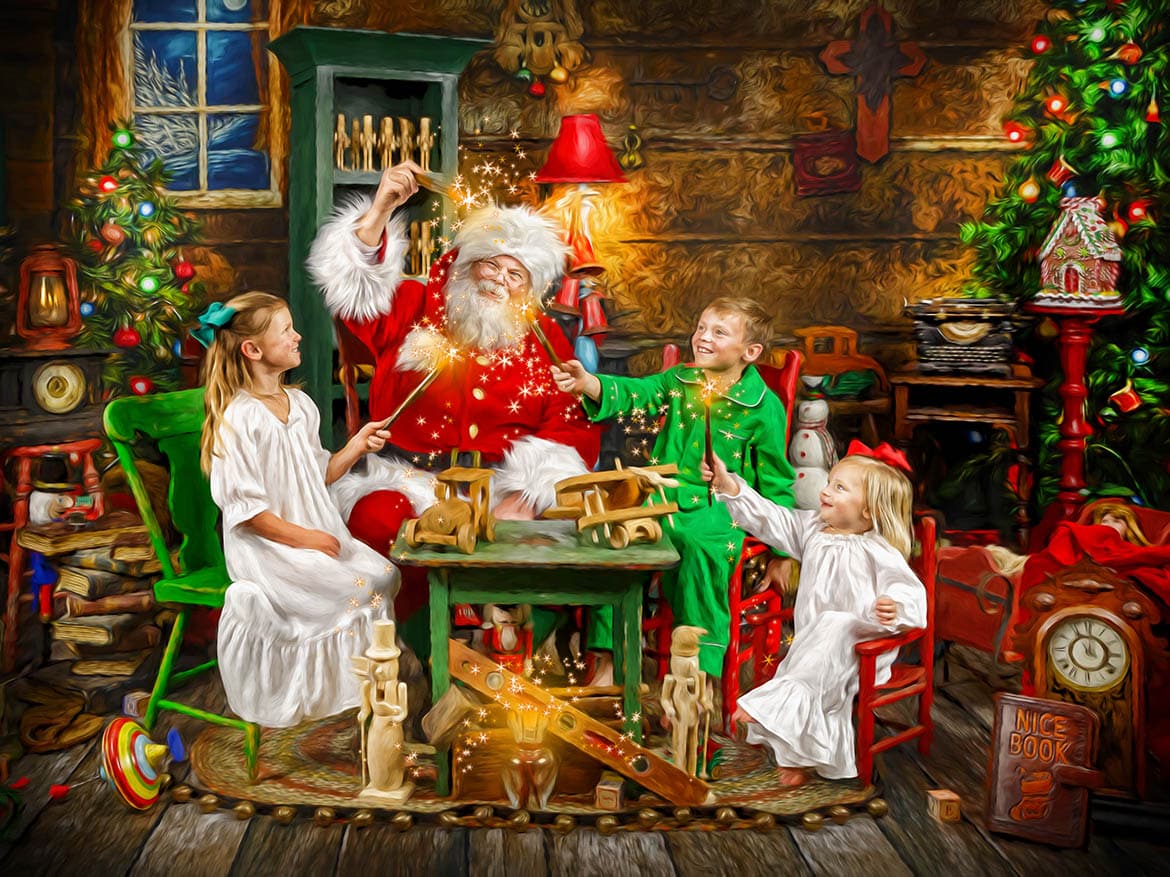 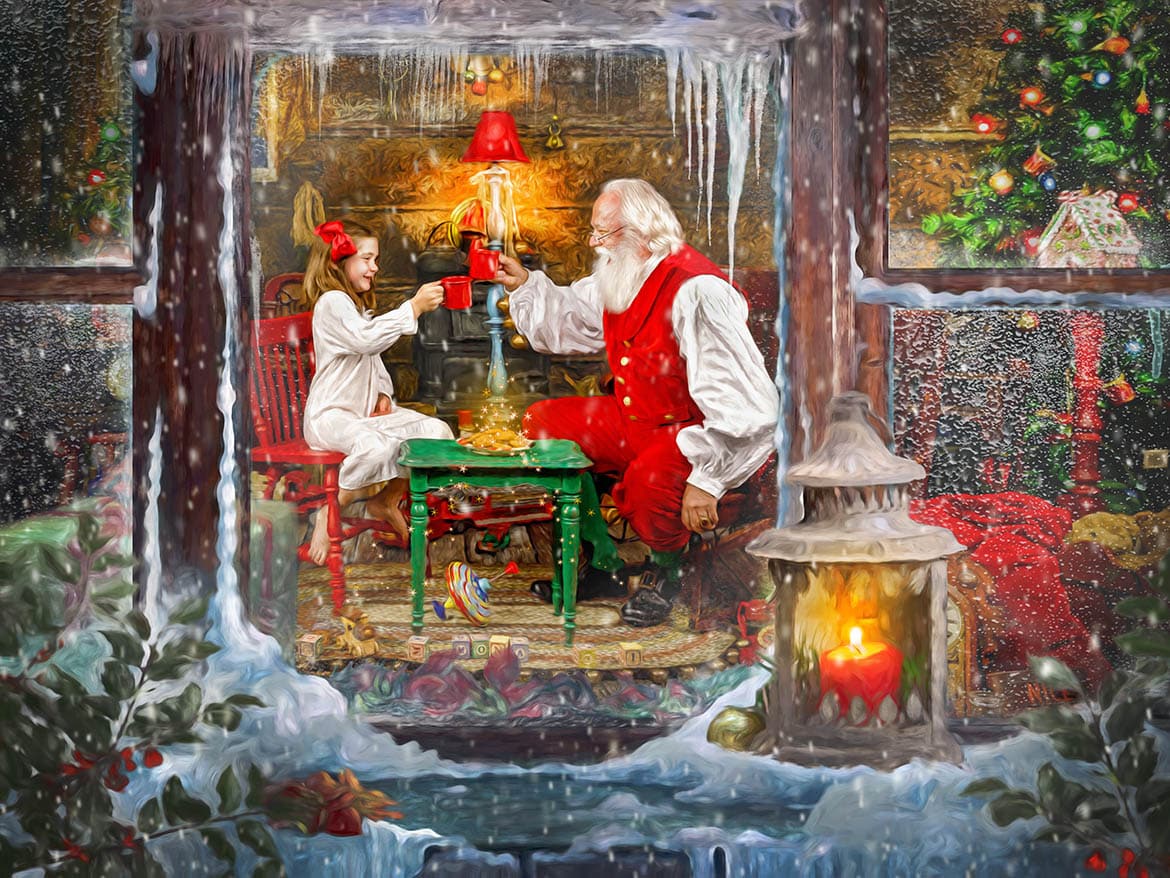 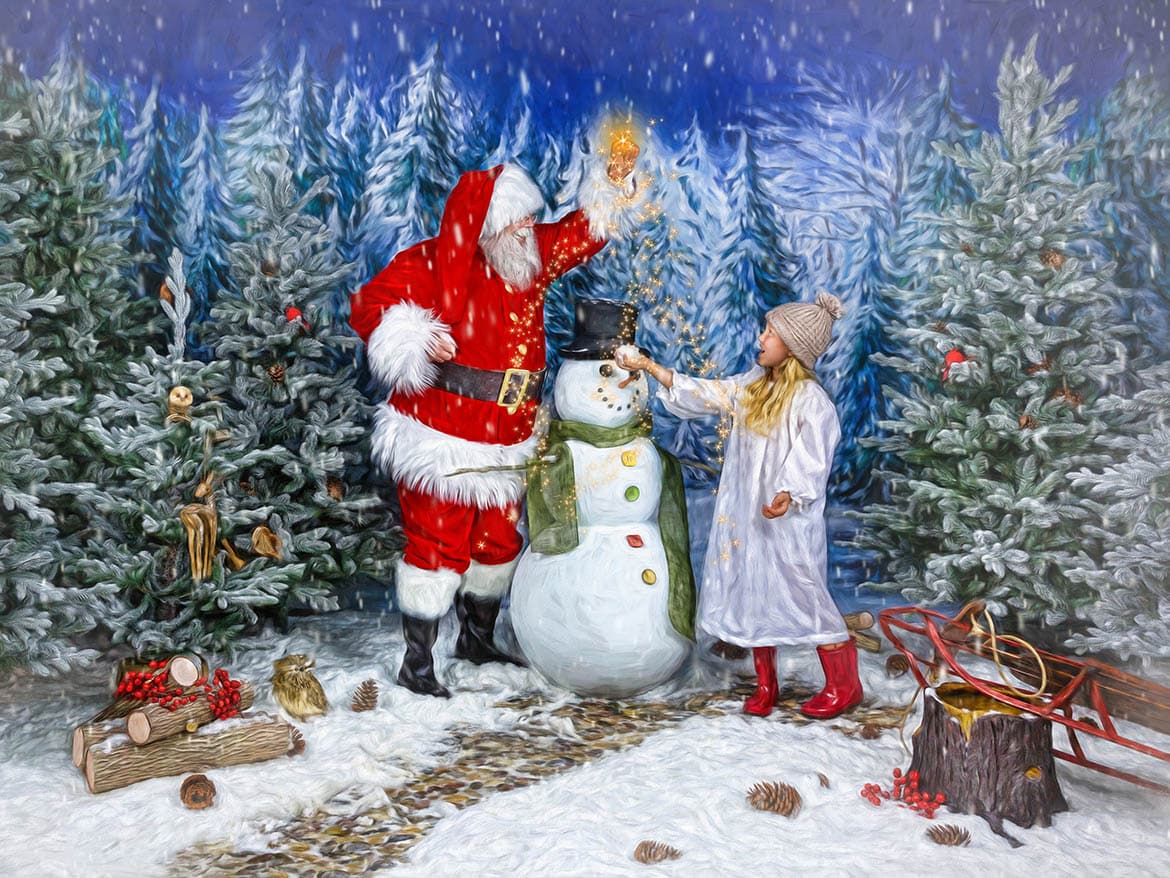 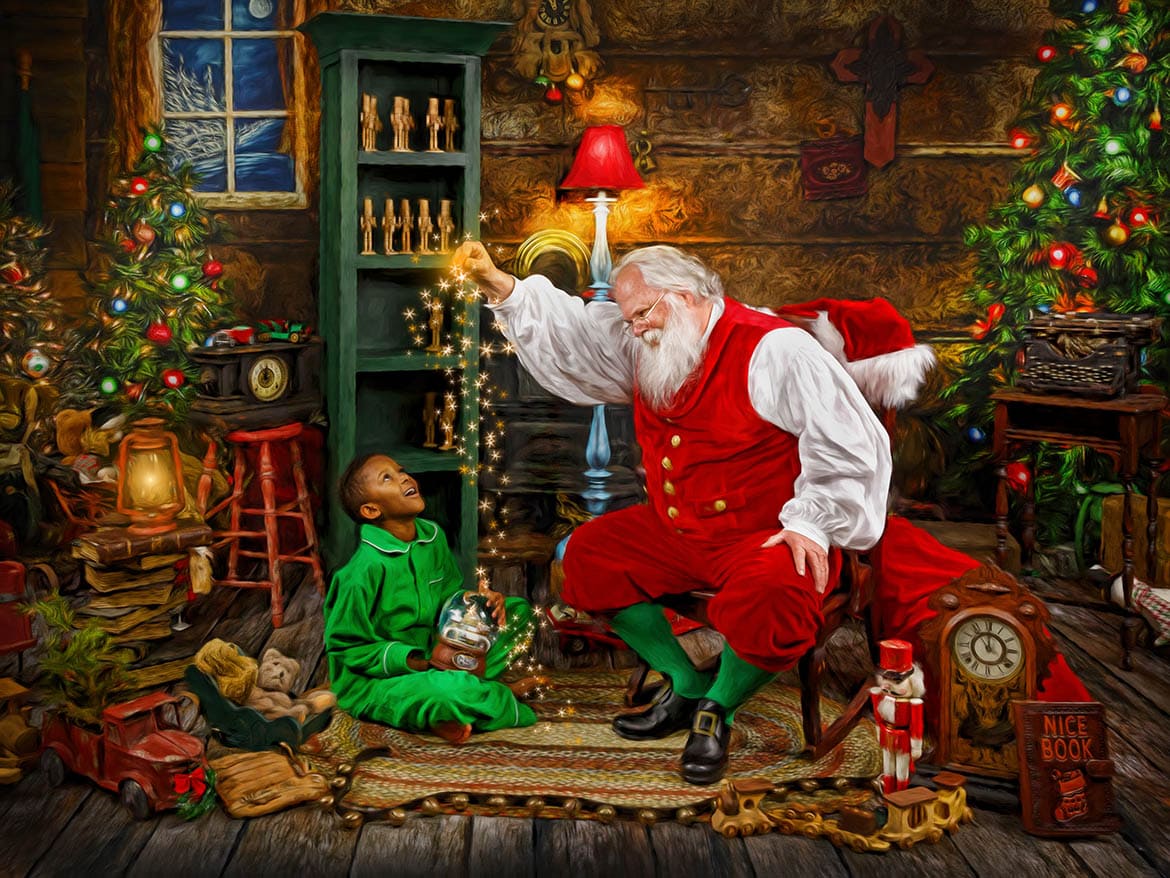 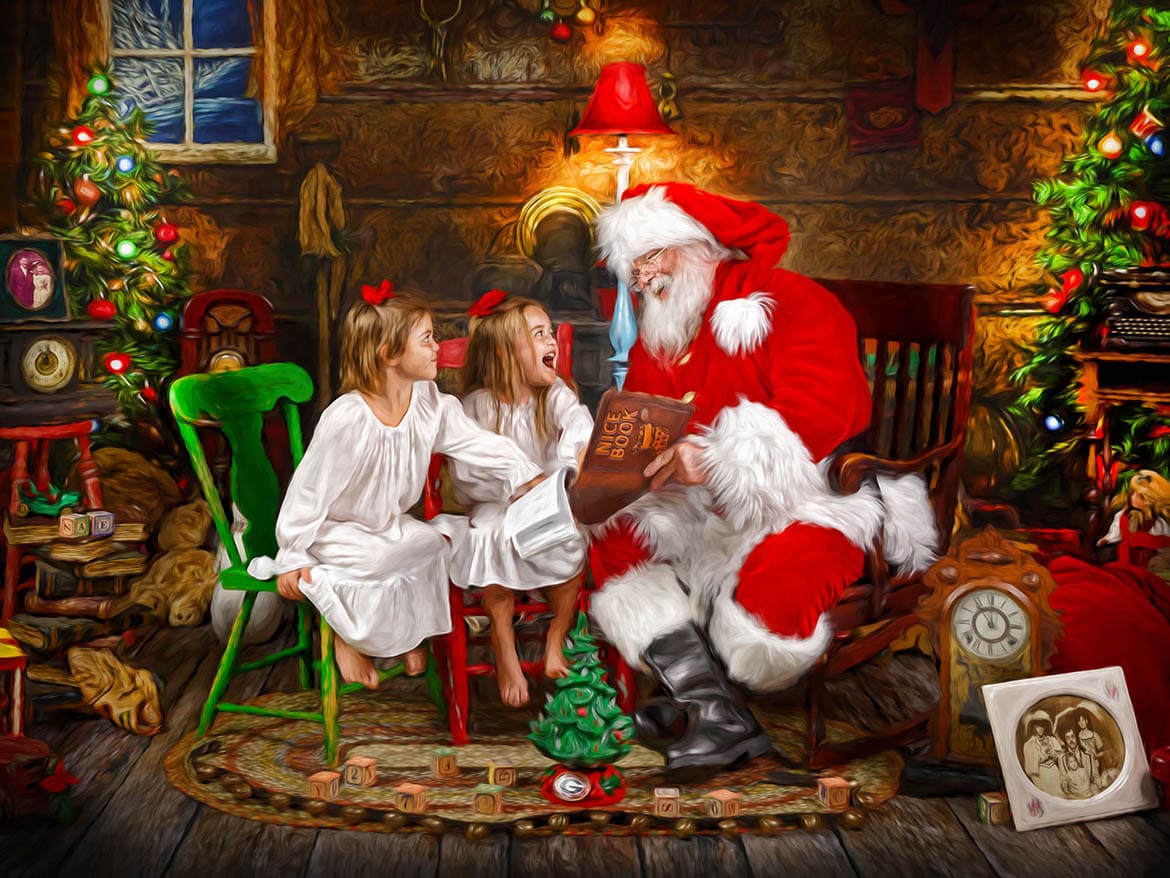 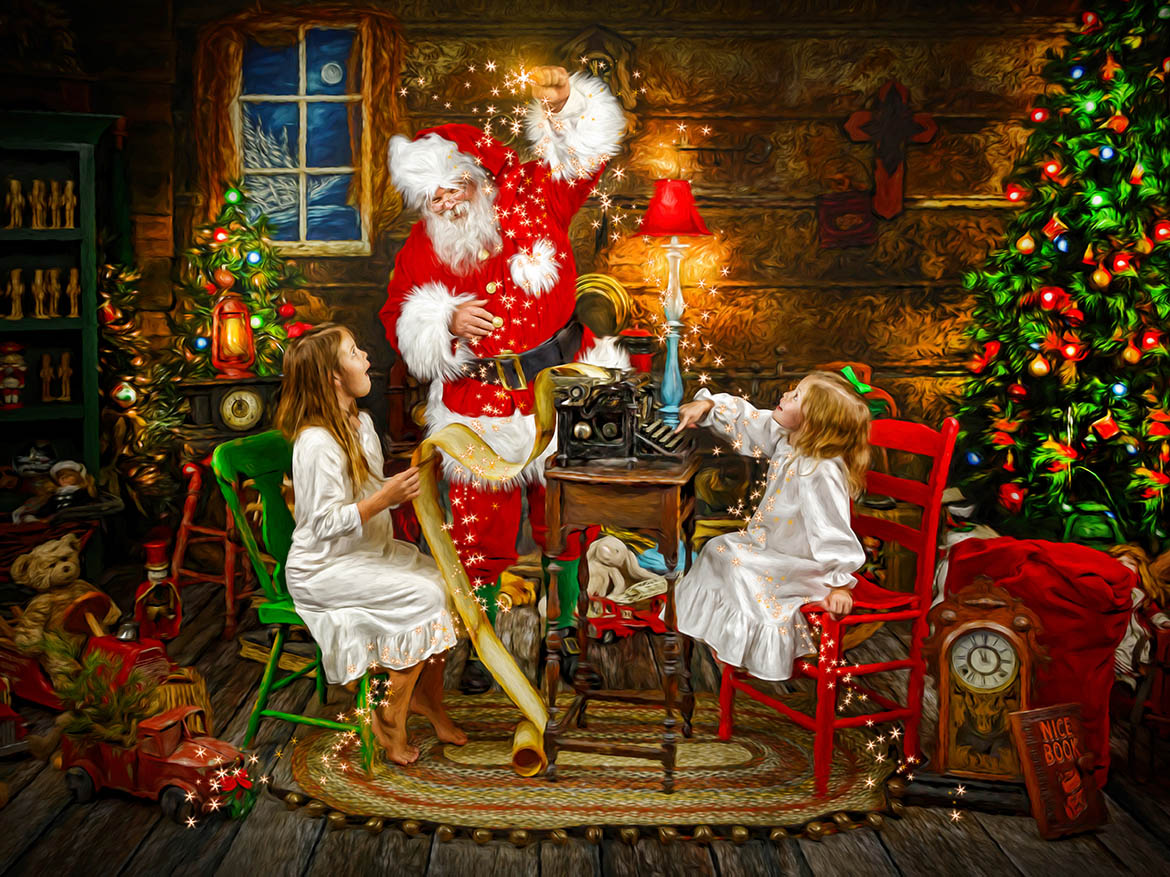 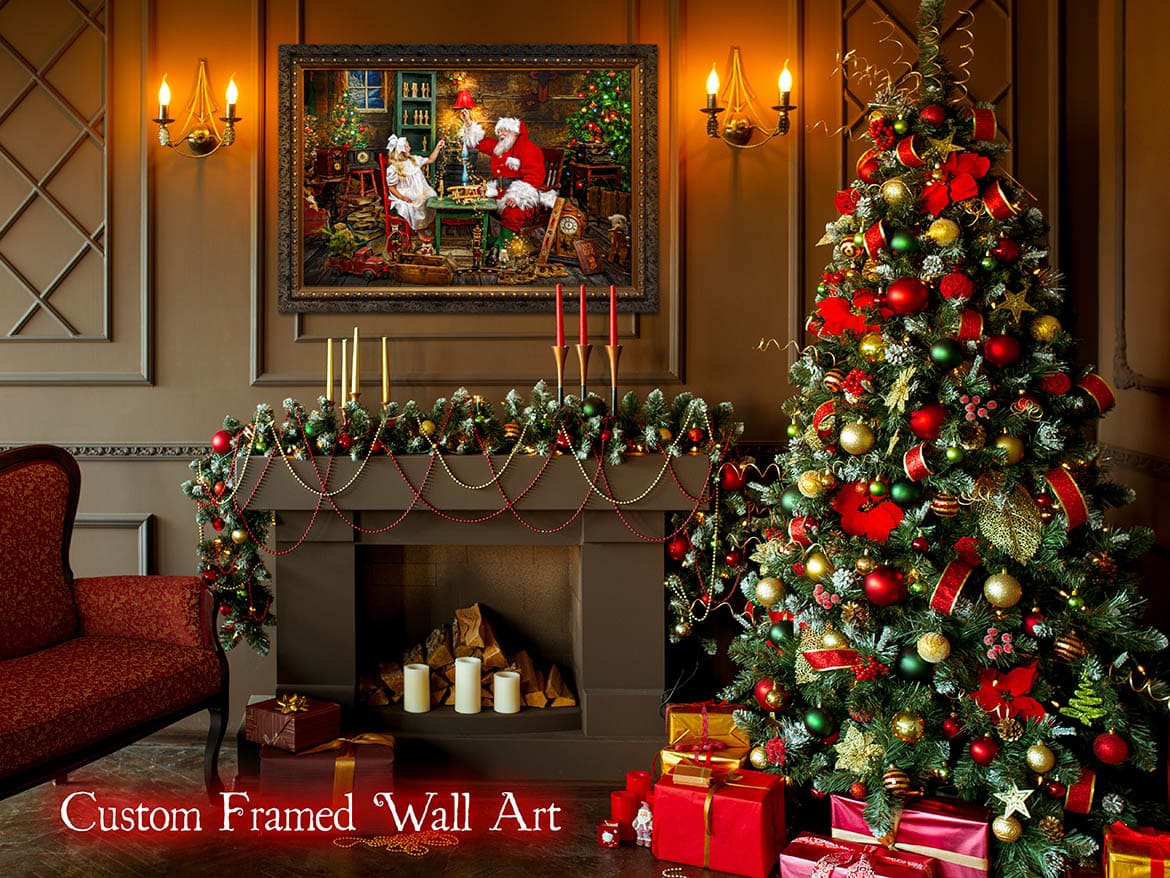 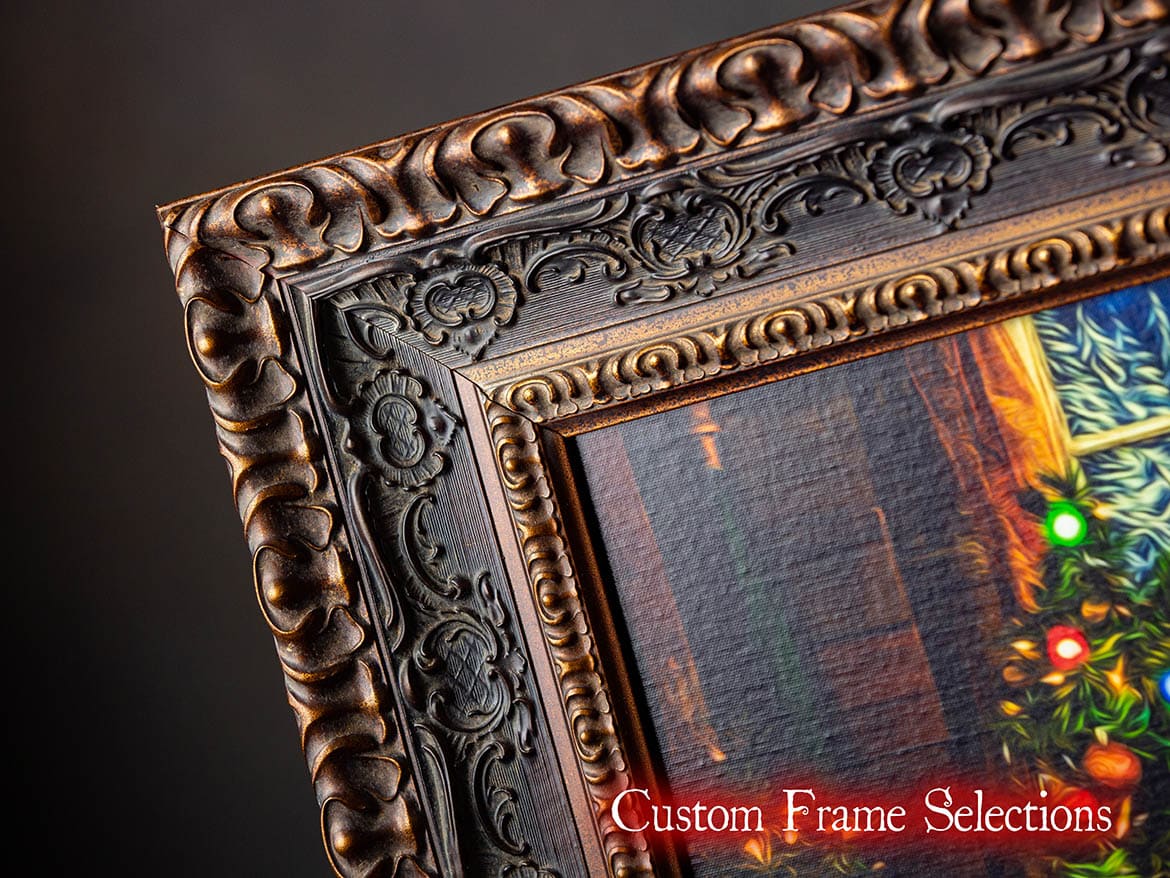 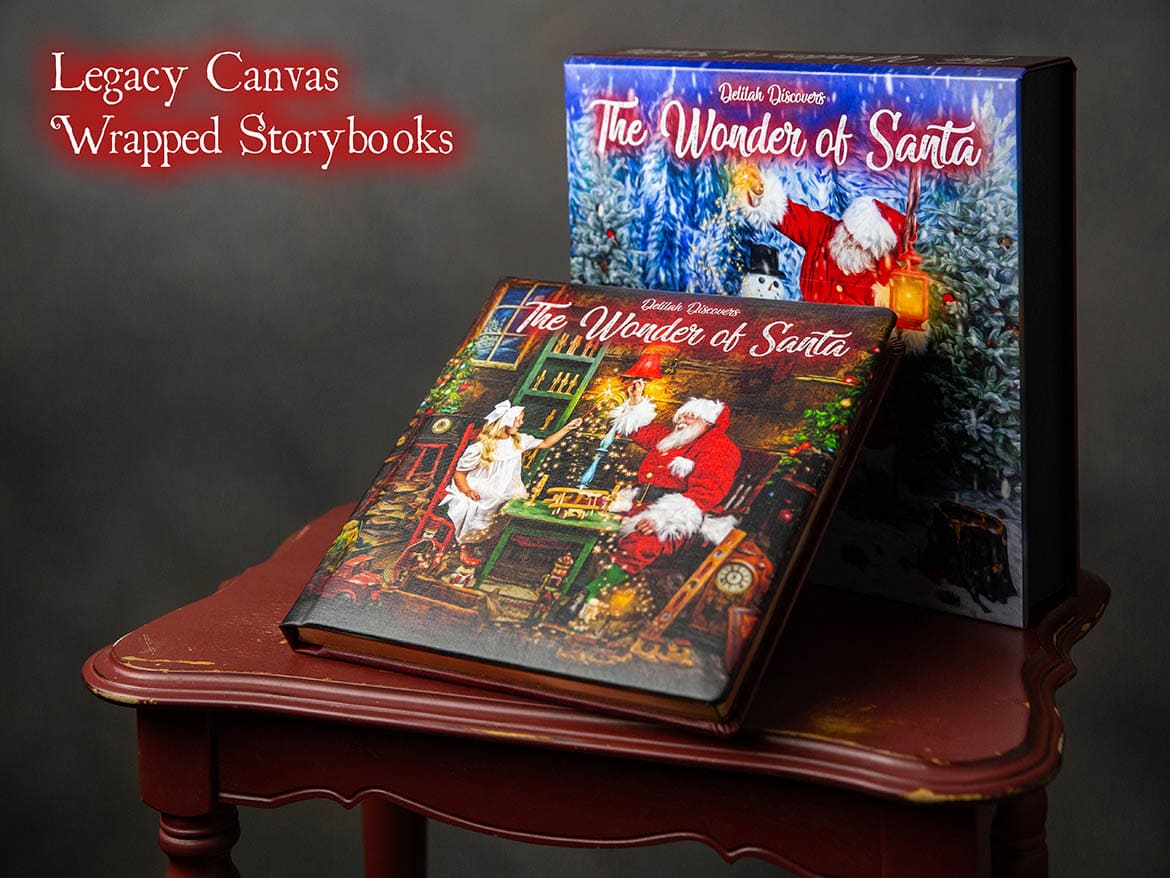 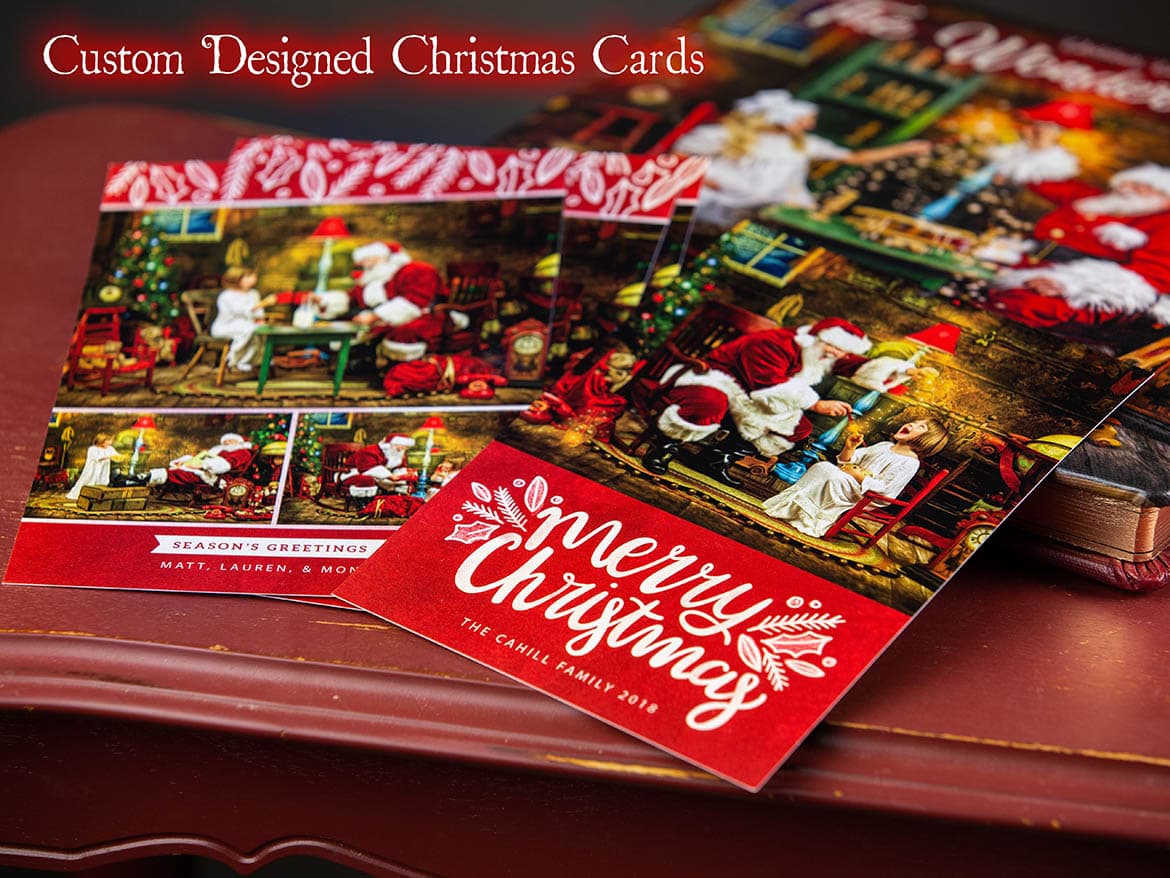 Watch your child’s eyes grow wide with amazement as they enter Santa’s workshop for the first time.

Imagine their excitement when they realize they get to spend an entire hour with Santa! The magic of Christmas will become real in their hearts and be recaptured in yours as well.

This is the premier portrait photography event and the Original Wonder of Santa Experience.

The Wonder of Santa is a magical Christmas experience that you and your children will never forget. Spending personal time with Santa in a 1-2-1 setting allows your child to experience all that is Christmas in an intimate setting.

Just like Santa’s workshop in the north pole, the Wonder of Santa experience is located in a dedicated studio space in Charlotte, NC. Our Santa studio is a wonderland of holiday spirit and festive fayre; perfectly set up to capture all that is the Christmas experience.

We pride ourselves on making this experience as pleasurable and memorable as possible. Outside of your child’s attendance, followed by your imagination and holiday spirit, we don’t have any other specifics for you to bring. We have all of the appropriate period costumes to maximize your day.

Your one hour sessions with Santa begins at $279.00, which includes a $100 product credit. This includes all of the session related activities as well as the studio time and support staff.  Additional framed wall portraits, story books, and gift items are available during your ordering and viewing session.

The Gift That Keeps on Giving

Get The Full Christmas Experience 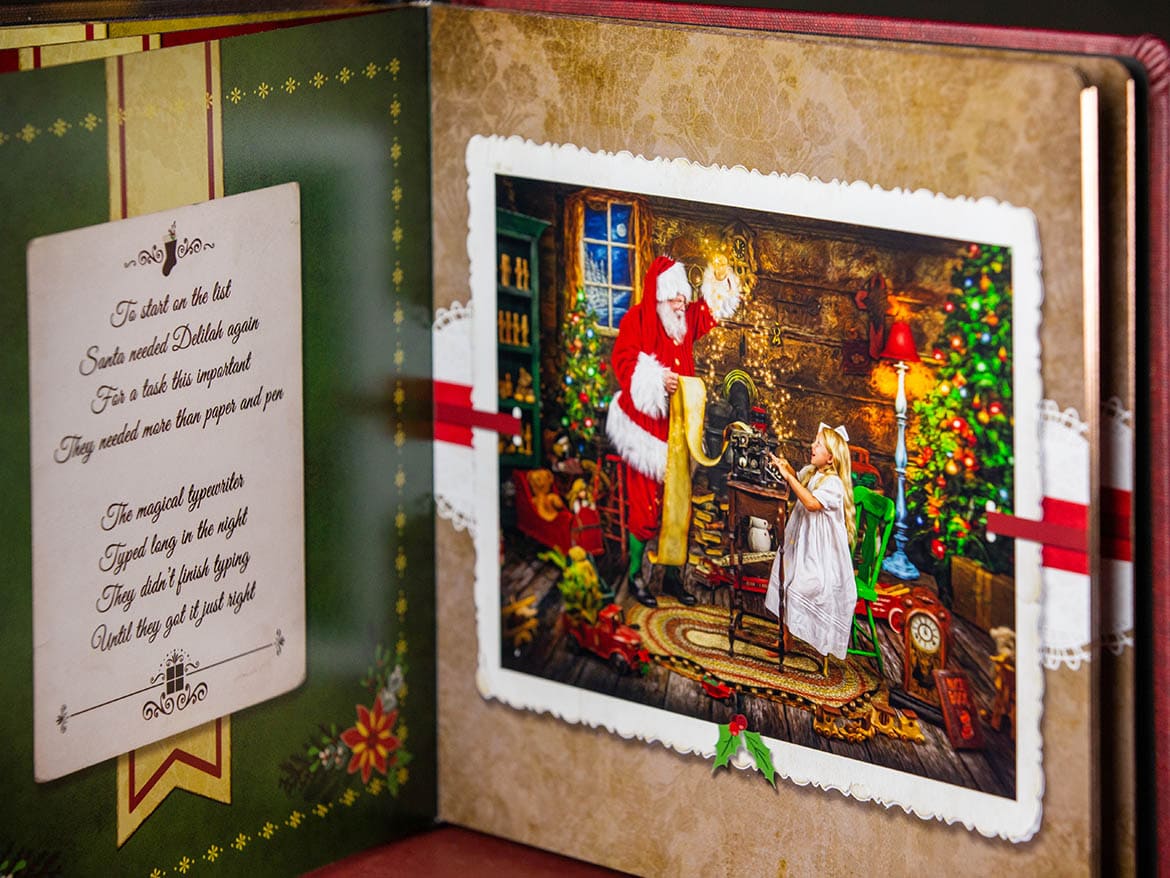 Your Wonder of Santa session will result in the most beautiful fine art nostalgic portraiture – incorporating an imaginative set, real interactions between your child and Santa, as well an extra touch of magic! Don’t let these few precious years pass you by. Capture the Wonder of Santa while your little ones are still enamored by the magic of St. Nicholas and let us create true custom artwork for your family that will only appreciate in value as each year passes.

Our twins had a wonderful time visiting with Santa for Christmas portraits. The Santa Experience Rachel and Ted host provides clients with just the kind of classic, old-fashioned, nostalgic portraits that are perfect for Christmas memories and timeless heirlooms. Our kids got to read a book, open gifts, eat cookies, decorate the tree, and blow bubbles with Santa, which is far more than kids typically get to experience during a Christmas photo shoot. We highly recommend working with Rachel and Ted for this holiday tradition.

We just love Ted and Rachel. Our girls did the Santa experience and it was truly magical. The level of detail they put into their work was exceptional and my daughters had a once in a lifetime experience doing their photo shoot with Santa. The pictures we got out of the experience are priceless and something we will cherish in our family for generations. We can not recommend them enough!!

This was one of the most magical experiences our family has experienced! That’s coming from a family that’s been to Disney around 20 times!! Rachel and Ted were amazing!! First class all the way! From the wardrobe, the hot chocolate, the special gifts for the kids, Santa, and everything that is the “magic” of Christmas, it’s truly a hidden gem! The painting and books are unbelievable, and will be family heirlooms for generations to come! Great people (they hand delivered our painting since they were in the ATL area) and just an overall magical experience.....I felt like a kid again!

I wish there were more stars to give. Rachel and Ted were so amazing. They treat you as if you are family and really help make the magic come to life. The special treat of my girls spending time with Santa was something I will never forget. Truly an amazing experience that will forever be a yearly tradition now. 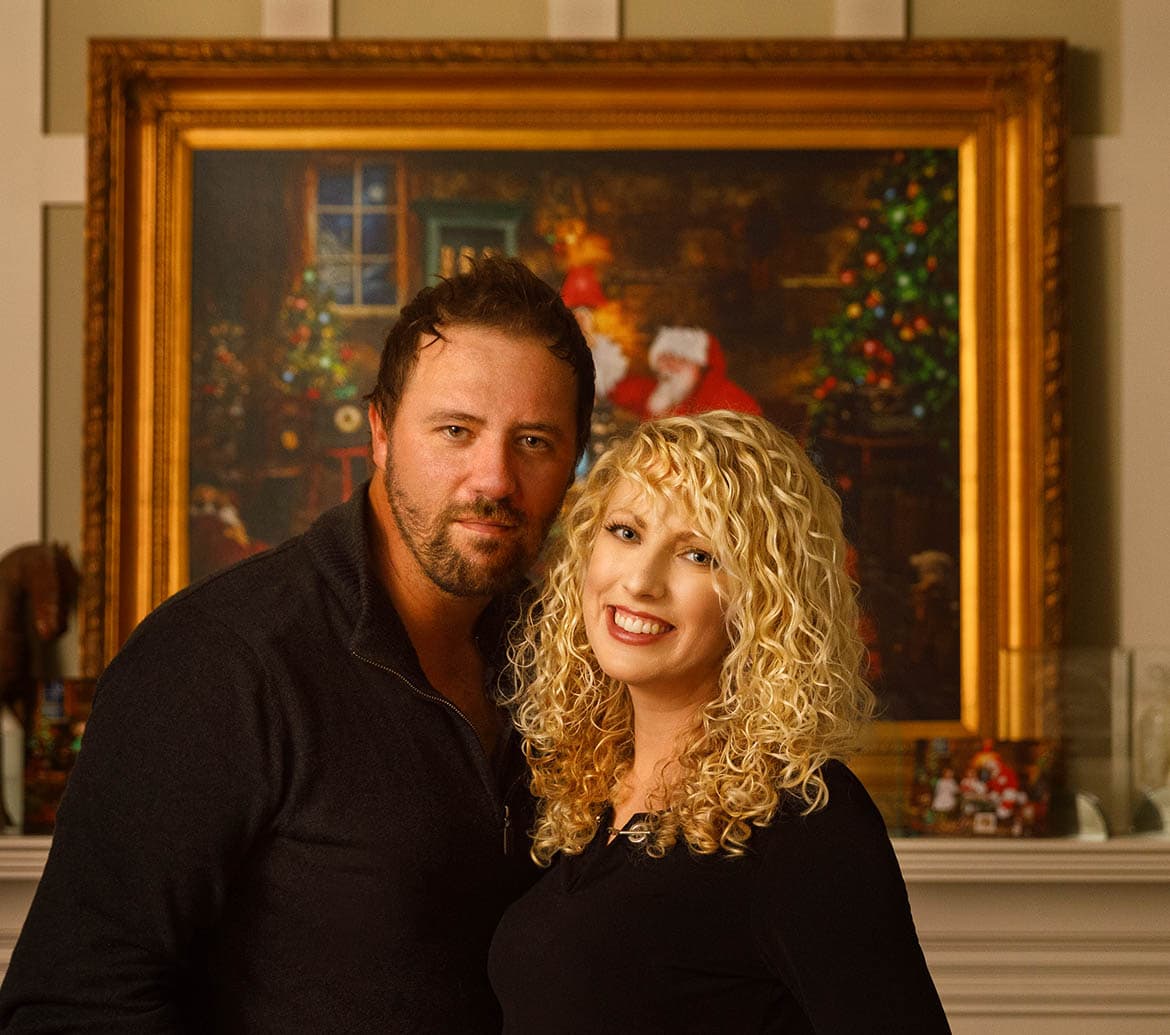 “Ted and Rachel Linczak are the owners and operators of Nuvo Images and The Wonder of Santa, based in Summerville, South Carolina. Starting their business shortly after their marriage in 2006, they have been delighting their clients for well over a decade with their talent and expertise of creating beautiful portraits and have now added another exciting level to their work with the launch of The Wonder of Santa in 2017. Ted and Rachel have become well known for their attention to detail, their skill to bring out the best in their subjects, and their ability to make even the most nervous person feel comfortable in front of the camera. Their level of excellence has been highly awarded on the state, national, and international levels from the Professional Photographers of America including winning the world’s top prize the “Grand Imaging Award” in 2016. Both Ted and Rachel have earned the title “Master Photographer” as well as “Craftsman” from the PPA highlighting both their high level of skill but also their contributions to the craft of photography as a whole.

The idea for The Wonder of Santa was born from a desire Ted and Rachel had to take their photography to new levels and to create a finished product that would not only inspire awe and wonder in their clients, but also instantly become a treasured family heirloom. Inspired by the Christmas art of Norman Rockwell, The Wonder of Santa aims to create something so amazing that it sparks joy, evokes a sense of nostalgia, and brings back the magic of Christmas to the hearts of every person who sees it.”